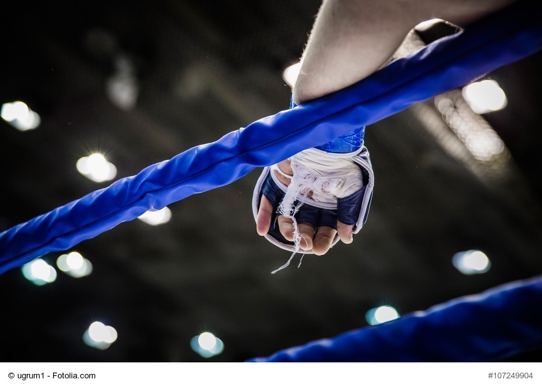 Fark.com is an internet news aggregator boasting millions of monthly page views. Drew Curtis originally registered Fark.com in 1997. Since then, Fark has grown to become one of the most successful sites of its kind.

How Fark works (and what it means to get 'farked'):

Fark resembles Reddit in some ways. And, on that point, both Fark and Reddit happen to be among those companies sued by the same patent troll in 2011 - along with the household name of Yahoo.

Curtis takes to the TED stage.

In response - after litigation was said and done and without an NDA hanging over his head - Curtis delivered a TED talk (watch below) about his valiant battle against the patent troll. This patent troll was Gooseberry Natural Resources, LLC, apparently based out of a strip mall somewhere in Los Angeles.

Get this: Gooseberry claimed infringement on a patent it held on the creation and distribution of press releases by email - never mind the fact that Fark isn't even in the business of creating and distributing news by email in the first place.

Being a patent troll has its rewards, not least of which is money. In the world of patent law, as Curtis points out in his talk, trolls have the distinct advantage of forcing both behemoths like Yahoo and small operations like Fark in proving that they're not infringing on the patent.

The burden of proof, in other words, falls not on the patent troll, but on you and me, the legitimate business owner and the lawyer who comes to his or her defense.

The result is an average of $2M in costs and 18 months if you fight the troll most or all of the way, as Curtis did, which isn't the most common path. Even the likes of Yahoo settled rather than fight it out, much to Curtis's dismay.

It's a business decision, plain and simple, one that so happens to encourage patent trolls to continue doing what they do best: file spurious lawsuits and extract ransom settlements.

We'll leave you with this excerpt from the talk:

Their attorney: "Ah, yes. My company's having a reorganization on our end." Never mind the fact that the address led to a strip mall somewhere in Northern L.A. with no employees. "And we'd like to go ahead and close this out. So would you mind giving us your best and final offer?"

My response: "How about nothing?!"